The importance of clean fuel

90% of all Diesel engine failures are fuel related. Microorganisms, dirt, water and other contaminants can cause everything from plugged filters to major engine damage. Passage-making yachts typically carry large quantities of fuel, and often store that fuel for relatively long periods of time with little turnover. 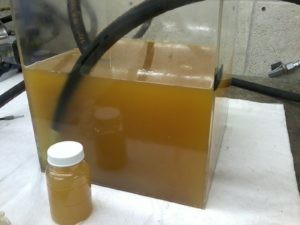 These microorganisms can cause a variety of problems. The diesel engine’s injectors may not properly atomise contaminated fuel, which is required for proper combustion. Initially, this may only result in lower performance and efficiency. However, as contamination increases, so do the risks of serious damage to the injection pump and injectors, as well as other fuel system components. Of course, the most critical concern is the potential of complete engine failure underway. Unfortunately, the conditions in which a loss of power due to fuel contamination may be most dangerous are also the conditions where it is most likely to occur. The heavy seas that usually accompany foul weather can stir up sludge and other contaminants from the bottom of fuel tanks and cause filters to plug or other failures at a time when a loss of power may be most dangerous. 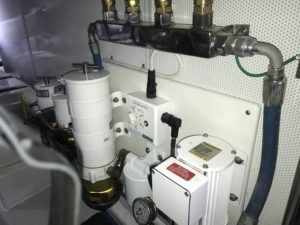 Until recently, biocide dosing was the most common method used to control microorganisms in fuel. However, the biocides are composed of highly toxic chemicals that can be hazardous to both humans and the environment. In addition, adding biocides to the fuel system can actually cause problems. Once killed by the biocide, the dead cells from the organisms collect on the bottom of the tank and may actually increase the short-term likelihood of clogged filters or other fuel system components. Further, over time, biocides lose their effectiveness as microbes build immunities to the chemicals. 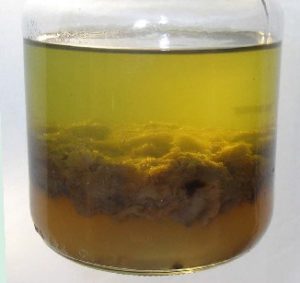 Selene Yachts come equipped with the ESI Clean Fuel system as standard equipment. It not only cleans and decontaminates fuel, but provides a convenient way to transfer fuel between tanks. It is installed as a stand-alone system, directly connected to the fuel tanks independent of the engine’s fuel supply system. Fuel is circulated using the system’s fuel transfer pump through the filter/water separator and the « De-Bug » fuel decontamination unit, and back into the tank. The De-Bug decontamination unit is based on technology that was developed over ten years ago in New Zealand.

De-Bug is not a filter or a chemical treatment process. This patented device uses magnetic fields to destroy the fragile membrane of single-celled microbes, reducing them to sub-micron size debris that easily and completely passes through filters and pumps and is burned with the fuel. It has an effective kill rate of 97.6% kill rate for a single fuel pass. The De-Bug unit requires no power, as it uses permanent ceramic-coated magnets, and has no moving parts. 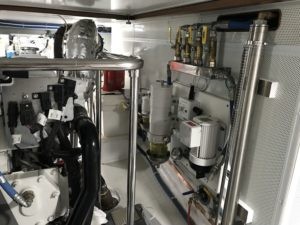 The ESI system, installed as standard equipment, virtually eliminates fuel contamination problems. Clean fuel means higher reliability, better efficiency, cleaner combustion, and lower repair and maintenance costs. Since the same fuel supply is usually used to supply diesel generators, as well as heating systems, clean fuel also means better reliability and lower maintenance for these systems as well. Selene Yachts owners can go to sea with confidence, knowing that their fuel is free of damaging contaminants that are a primary cause of diesel engine failures.